last 2 cushions and a tidy up

I finished off the last 2 cushion covers yesterday. These 2 couldn't be made in the envelope style as the other 8 had been as, although I had enough material to cover them, it wasn't in a single piece. So I made zipped covers for these two. 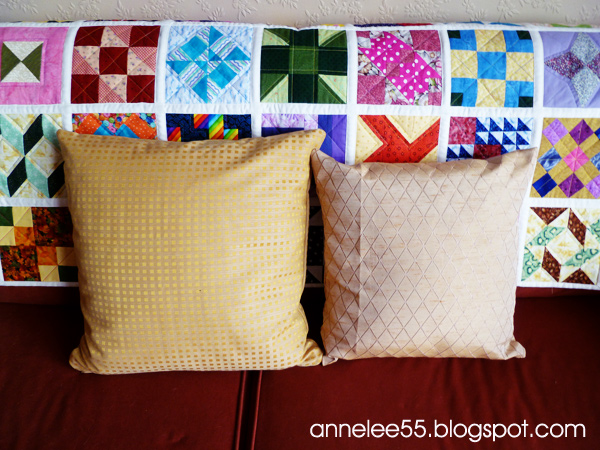 After I'd finished those, I decided to do something with the crate of scraps which were "too big to throw out but not really big enough to make anything substantial with". I went through the fabrics, rolled them up, tied them with elastic bands and put them all into a cardboard box. 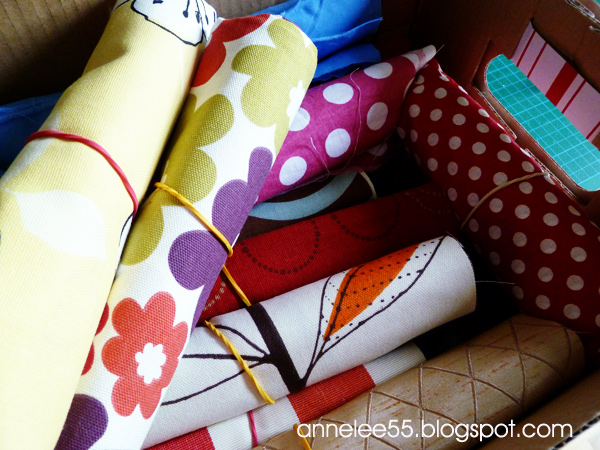 I've told myself that I've to go through that box in a year's time and throw out anything that I haven't used by then - but I really don't think that will happen. I know myself well! :oD

Editing to say that "throw out" is not the correct phrasing. I should have written "I've to go through that box in a year's time, take a look at it all, admire it all and put the box back on the shelf". Yep, that's definitely more likely to happen! LOL