Farmer's Wife quilt - it's a wrap!

At last, here's the final unveiling of the Farmer's Wife Quilt.

Here it is with the vertical and horizontal sashings all sewn down: 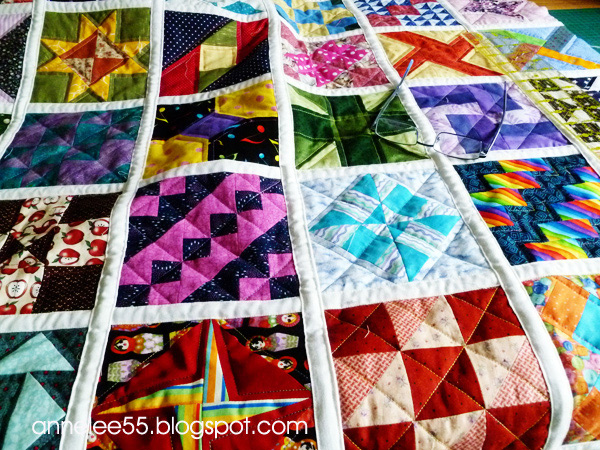 Next I straightened up the outer edges: 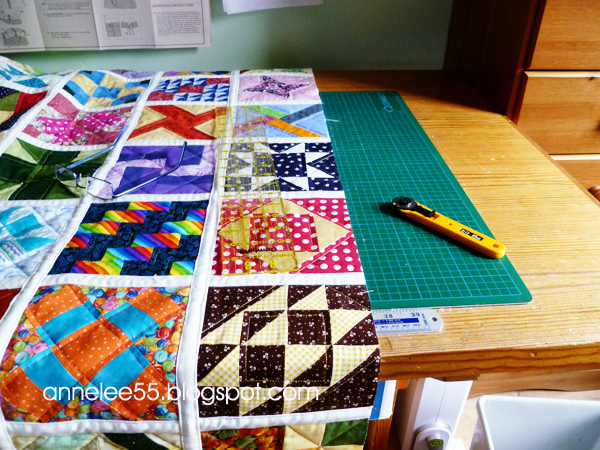 Then I sewed on the binding. 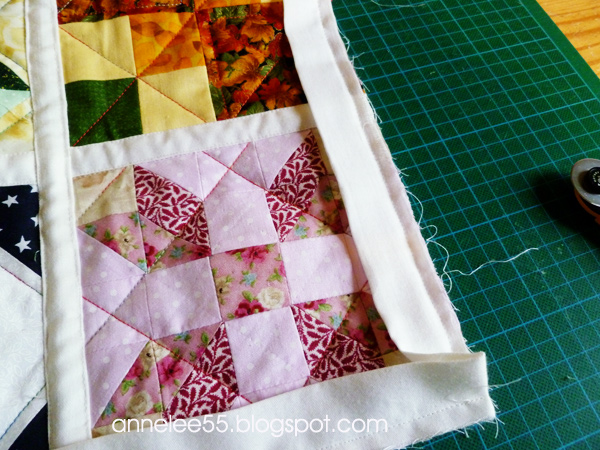 I actually sewed it on twice as, for some reason - human stupidity - the needle on my sewing machine hadn't been nudged over far enough to the right and, instead of sewing a 1/4" seam, it sewed a 3/8" seam which meant the binding wouldn't go up and over and sew down where I wanted it to on the back. So, that all had to get unpicked and re-sewn properly! *sigh*

Next I pinned the binding down on the back through from the front as I wanted to machine-stitch it down rather than hand-stitch it like I usually do. 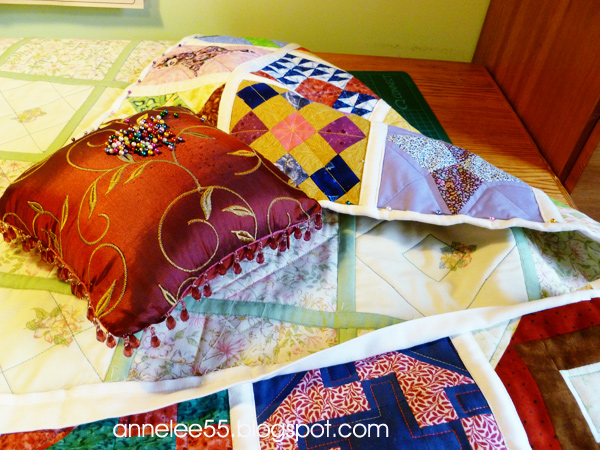 Next the label got printed out and hand-sewn on to the back: 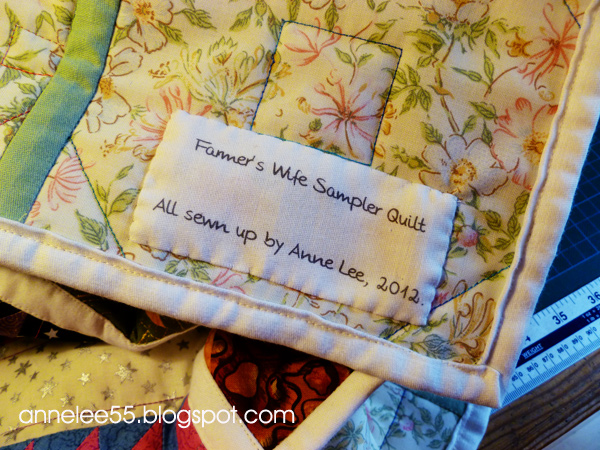 Then Douglas obliged me by standing on the bedroom chair and photographed the quilt on our bed. (I didn't realise I was in the photo or I'd have stood back a wee bit!) 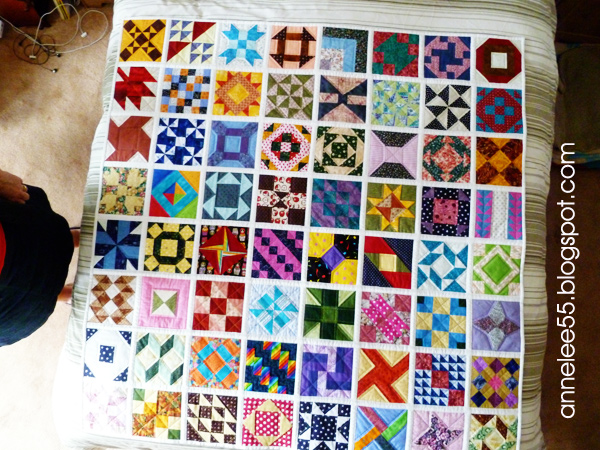 And here's the back - aargh, there's my foot in this photo too! 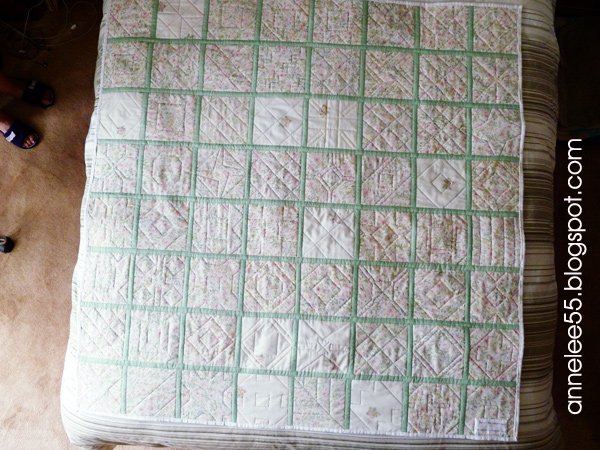 I made no attempt at putting the "odd" backing squares in any specific order. I must admit, that worried me a wee bit as I'm usually desperate to have some sort of logic to the patterning but this time I just went with the flow and I have to say I really like the back. I love how the quilting of the blocks shows up so well on the back.

Finally, here's where the quilt is for now - over the back of one of the couches in our livingroom. It's over the one I don't sit on so that I can admire it from my couch. 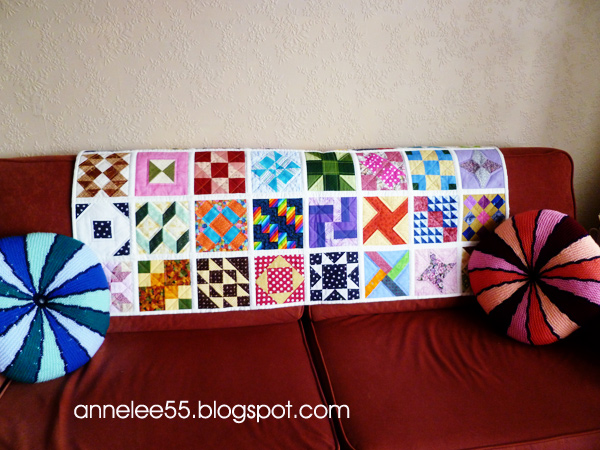 I know I say this about most of the things I make but I really do LOVE this. It's not always been an easy make but it's been well worth all the effort.

I just want to know one thing - if I only used scraps for this quilt, how come the scrap boxes aren't any less full than they were when I started???

Quilt details:
I used 64 of the blocks in the book "The Farmer's Wife Sampler Quilt" in an 8 x 8 straight formation - ie not on point like they are in the quilt in the book. It measures approximately 52" square.