So, what did I want all that tartan bias binding for? Well, I wanted to make some wee and round oven gloves like this one: 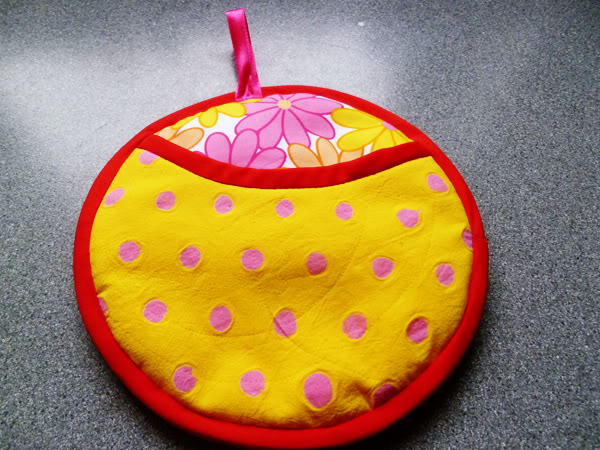 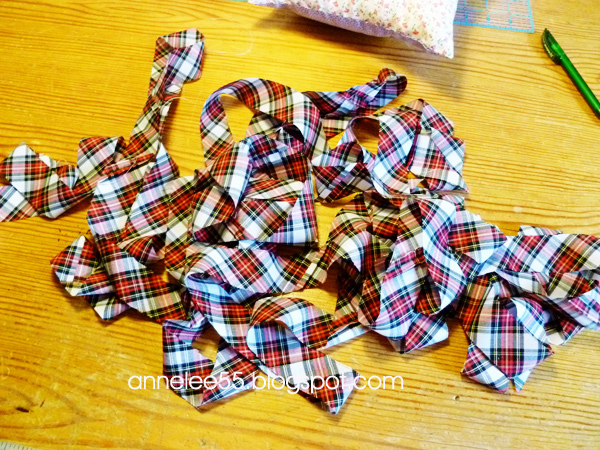 So, that was me ready to get on with the oven gloves. Here's the Dress Stuart tartan one all done: 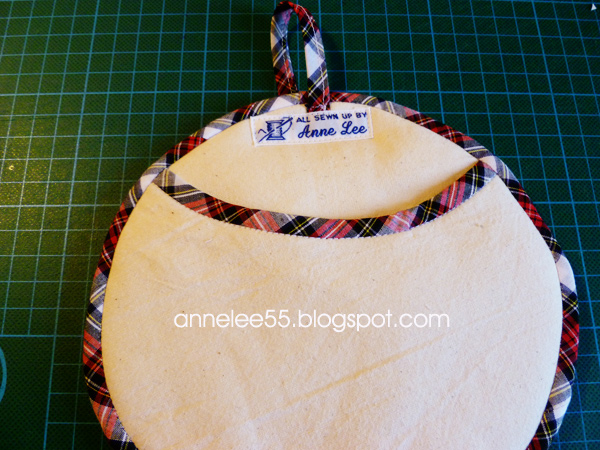 And here's the Royal Stuart tartan one done except for the hanger and label. 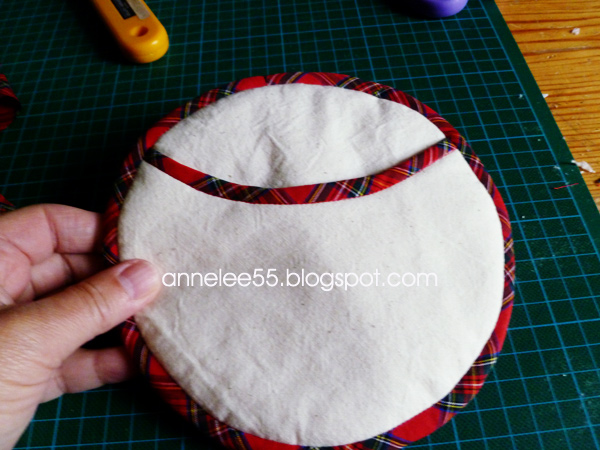 I've now made 2 with each tartan to match the pinnies I made earlier this month. Douglas took a photo with them all together: (I don't know why he put 2 of the oven gloves upside down. He *says* it was deliberate. Mmmmm) 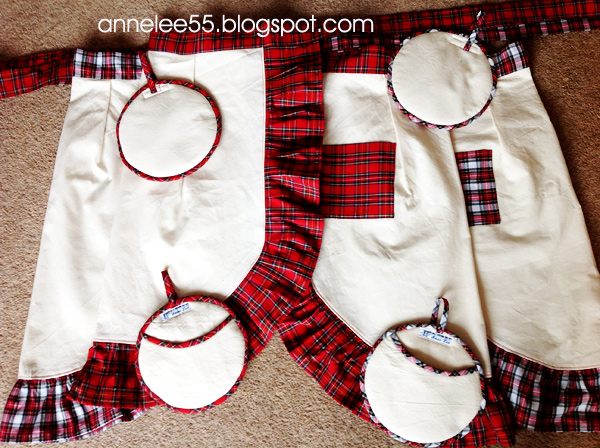 Now I just need to get my act together and get them wrapped and sent to Debbie in Canada.

I've taken photos so I can do a tutorial for these gloves. Hopefully I'll get that done soon. :o)