Last week we had some glorious weather. Sunny and warm and just generally lovely. Especially nice because it was still March and this kind of weather rarely happens in March in Scotland. So, what's a girl to do but go outside and sit in it and make the most of it?

I took out a new cookery book to look at along with my Kindle and some magazines. 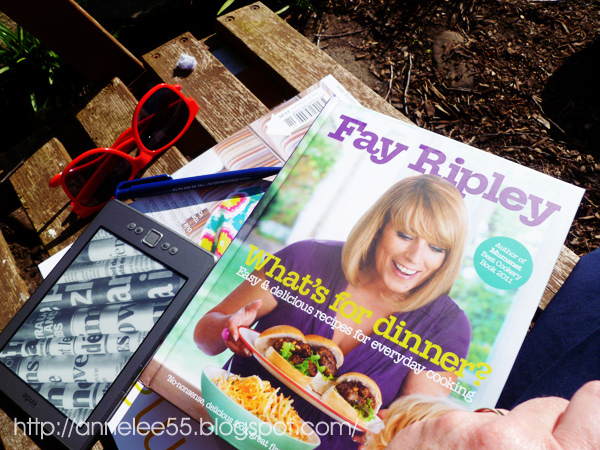 The cookery book was full of great recipes. Doesn't that just look fab? 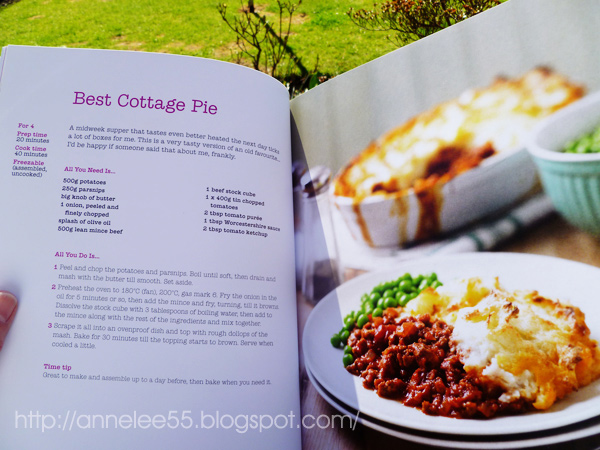 I admired the primulas (primulae?) in their pot and the pulmonaria behind. 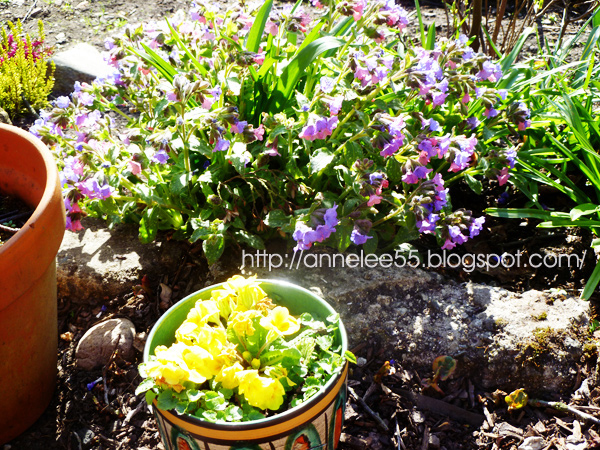 I zoomed in on the pulmonaria to see the big bumblebee. 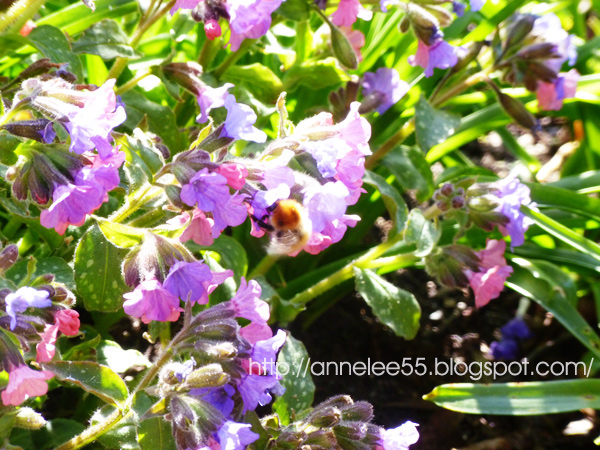 I admired the daffies by the side of the grass - ignoring all the mess in the background! 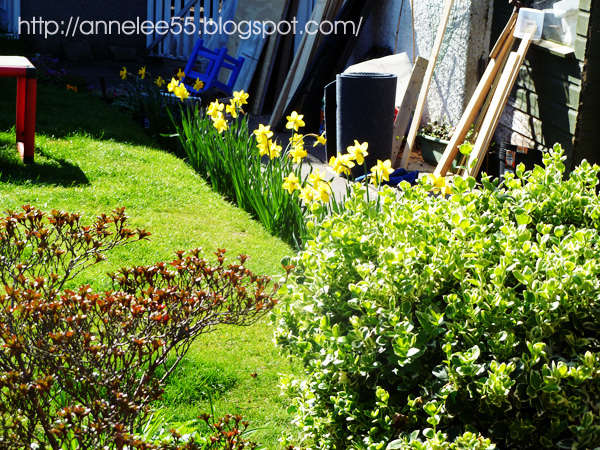 I saw the inside of the new shed built by Jason and assisted by Douglas. 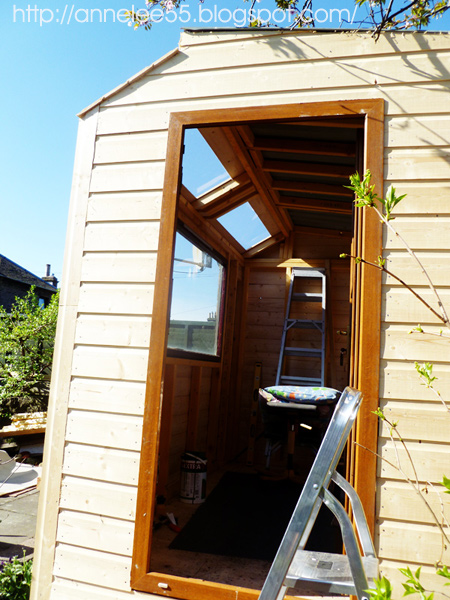 The bird feeders were empty of birds - hardly surprising when I was sitting so close, I suppose - and the rest of the garden looked good in the sun - as long as you ignore the patchy bits of the grass and the untidy mess down by the dining room doors! (I'm good at ignoring messes! :oD) 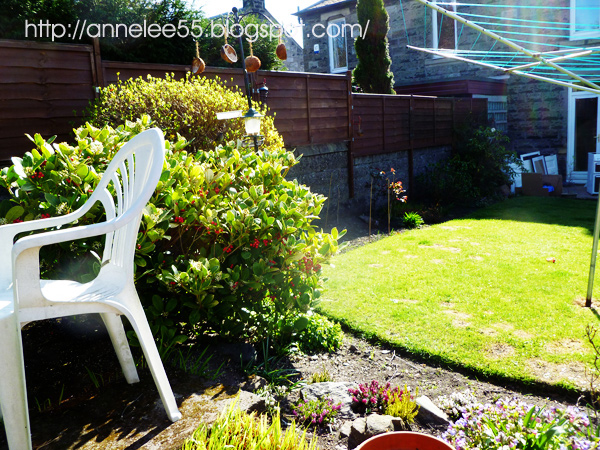 Ahhh, the joys of summer in the spring!

And then we woke up this morning to this! 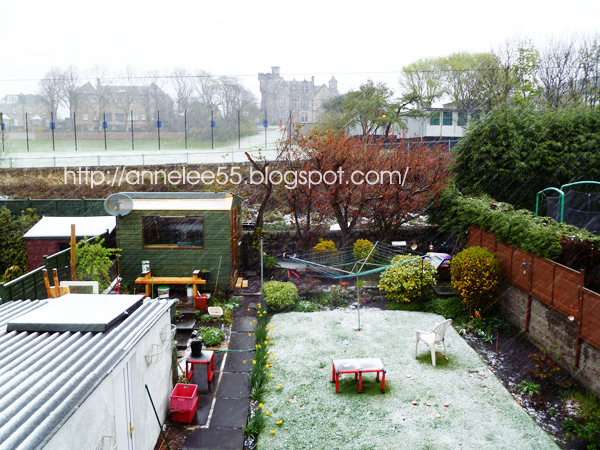 Not much snow to speak of but we've only had 3 showers of snow this winter/spring before today and none of it stayed. It all melted away within minutes. It's not lying now but it's still bitterly cold and there's an east wind blowing which is making it feel even colder. Blech!

Ahhh, the joys of living in Scotland! :o)