It even got to the stage that I got Douglas involved and we were both convinced that one of the templates wasn't right but couldn't decide which one. We drew it all out on a piece of paper - 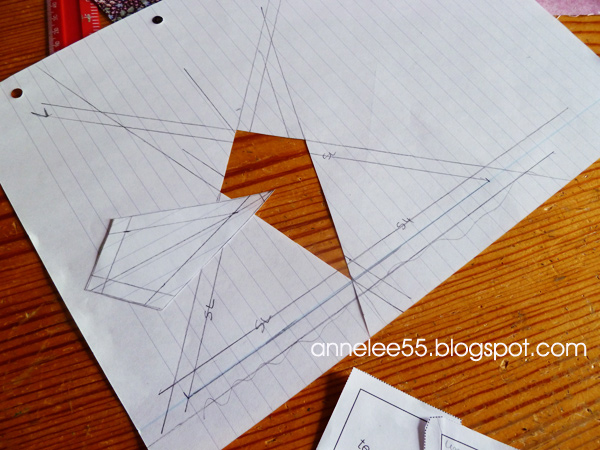 - and decided that, yes, something was most definitely wrong. I decided to do a google search to see how others were dealing with number 66. I found tons of people who had managed it just fine - or at least they didn't say they had had any problems with it! I did find a few people who were as flummaxed as I was but they didn't have a solution - or, if they did, they didn't come back and say what they did to sort it.

Then I found this post. Heather points out that, if your edges aren't straight, then the triangles aren't placed correctly. I ran up to the sewing room, moved the triangles around and hallelujah, the edges were going to be straight. Or at least straight enough. Phew! 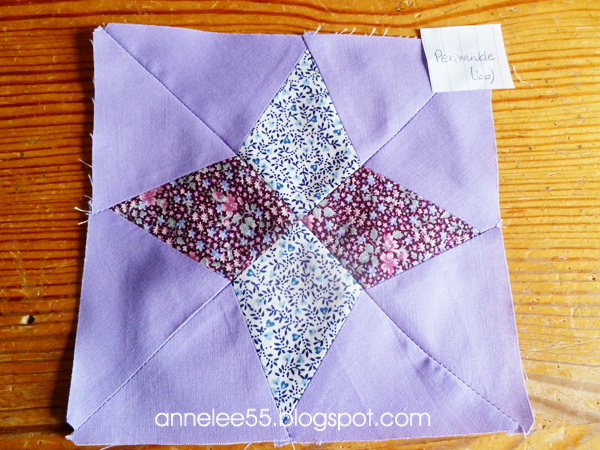 I've now marked the template and the book to remind myself - if I'm ever daft enough to take on the Periwinkle block again - how it needs to be done. 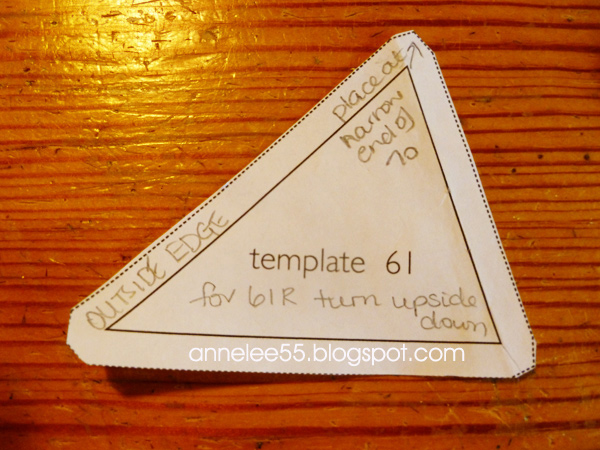 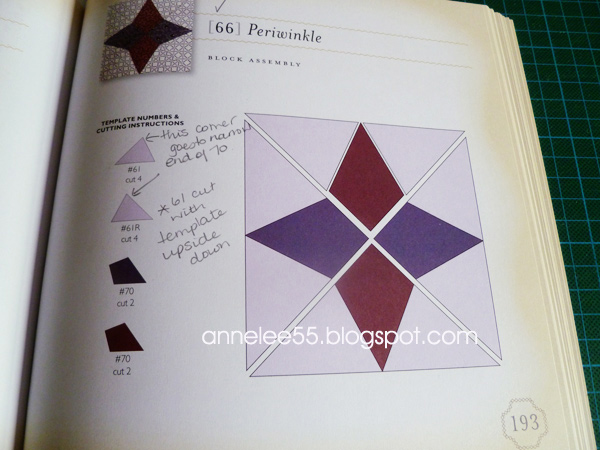 Here are the other blocks I got made today - with no problems whatsoever! 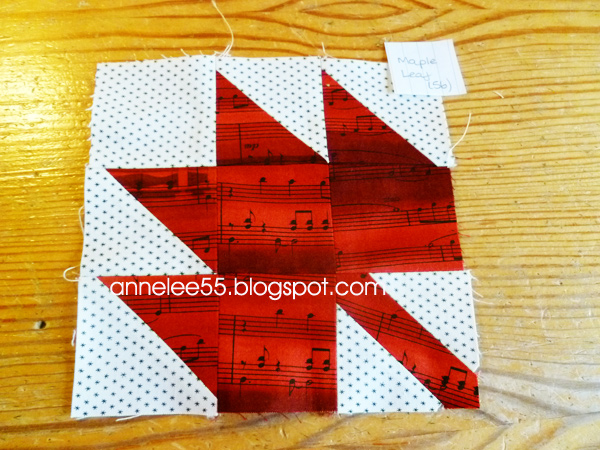 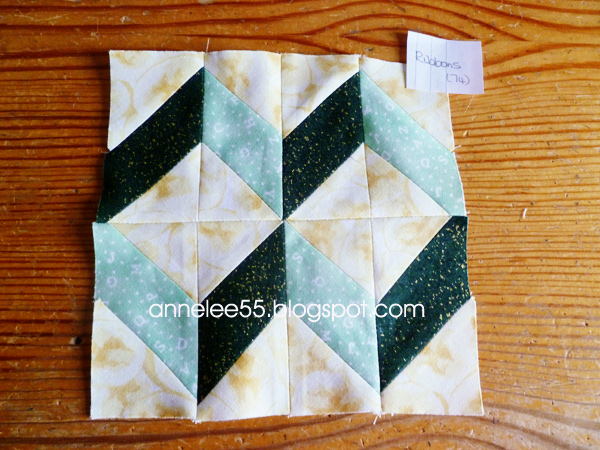 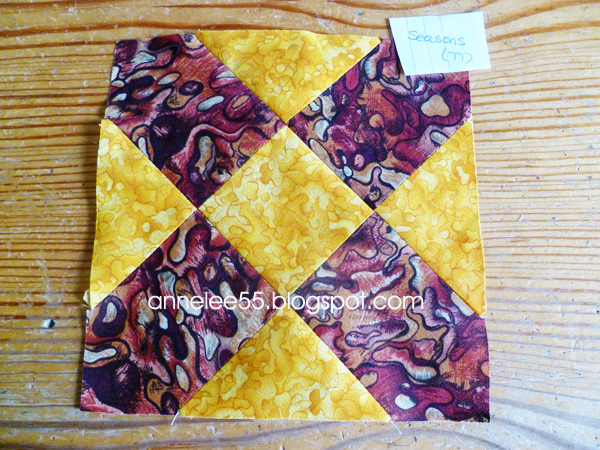 And, to revisit the post about the Nora Roberts book that came to me with raggy edges - I started reading it. I mean, come on. It's a Nora book. Was I ever likely to send it back and wait for another one? Nope! I'm about 3/4 of the way through it and am loving it. Well, of course I am. It's a Nora book! :oD

Now, let me leave you with a video I took this afternoon. Hailstones! You can see, near the end, what us Scots mean by "stotting". The hailstones are fairly stotting off the flat roof of the utility room!