getting back to "normal"

It's been a strange day today. We were up before the crack of dawn (3.45am - yawn!!) to get Deb and Jay off to the airport for the long journey home. Douglas got back at about 6am and I was already on the second load of washing by then. (There was no way I could have gone back to bed until he was back so I just got on with things.) We just spoke to Debs on the iChat and they've arrived home safe and well and all the stuff they took with them seems to have arrived safely too. No breakages which is amazing considering all the breakables they took home with them!

Anyway, we've got the house back to ourselves again. Diana, my dressmaking dummy, has moved back into the spare room along with the ironing board and all sorts of other stuff that I'd moved out to allow them to have some room in there. I did a humoungous ironing and got into the sewing room and cut out a shopping bag which will zip into its own pocket. More about that when I get it finished.

In the meantime, I'm going to show you some photos of a cake Jo made a few weeks ago which I didn't blog about. It was for her work so we didn't actually get any of the cake other than a few trimmings. Probably just as well, actually, when you see how many Kit Kats and Smarties there are on it! But, oh, doesn't it look good?? 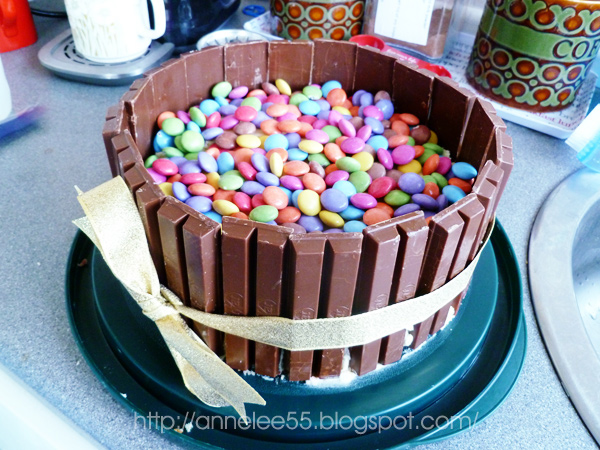 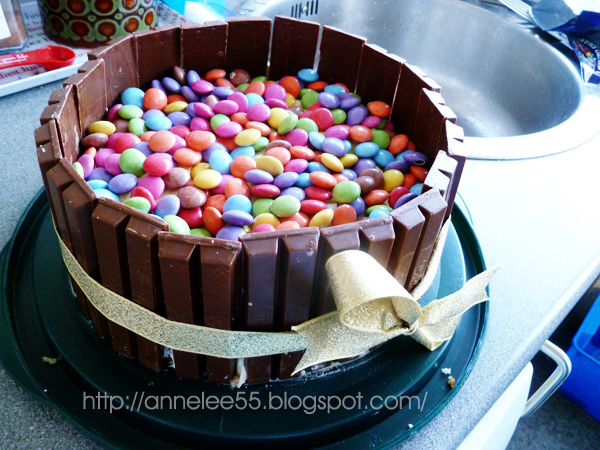 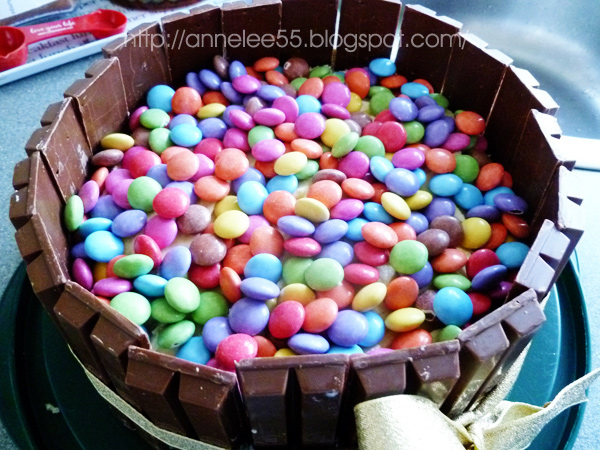