Debbie and Jason are coming for a visit tomorrow so the spare room had to be tidied/re-organised to make room for them. In the process of that tidying, I found a couple of cushion pads I had bought to fill the round cushion covers I was knitting. I'd bought the wrong size - too small - so I'd just tossed them on the spare bed and thought I'd make covers for them "some day". Well, today was that day.

Of course, me being me, I couldn't just make 2 covers and be done with it, could I? Oh no. I decided that it was about time that the 4 cushions which sat on the couches in the living room could do with some new covers too. So, instead of making 2 new covers, I made 6 - 2 each of 3 fabrics. 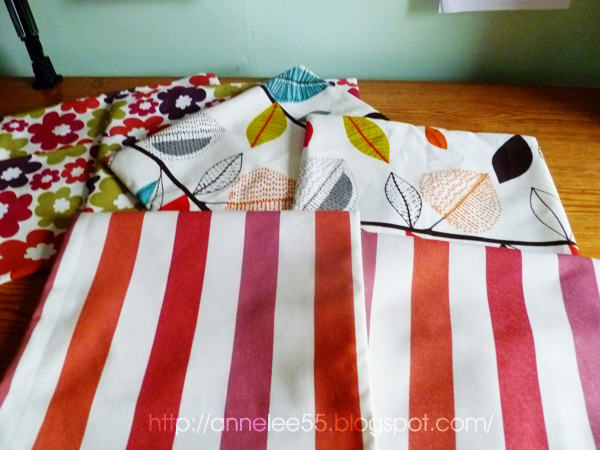 Here they are on the couches. This one shows the round cushion as well. Don't they all look fab alongside the crochet blankies? I think so! :o) 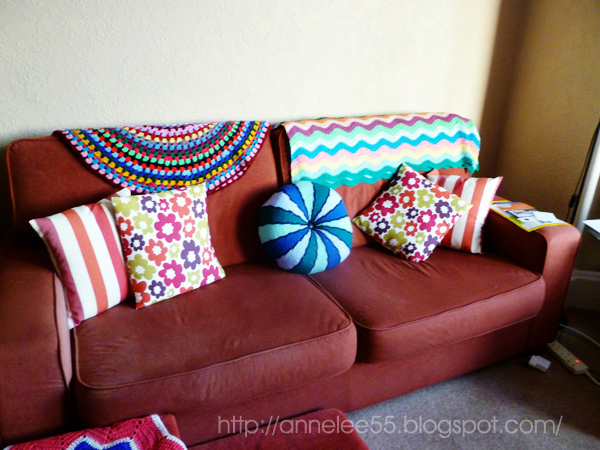 And here are the other two with Rosie snoozing nearby. 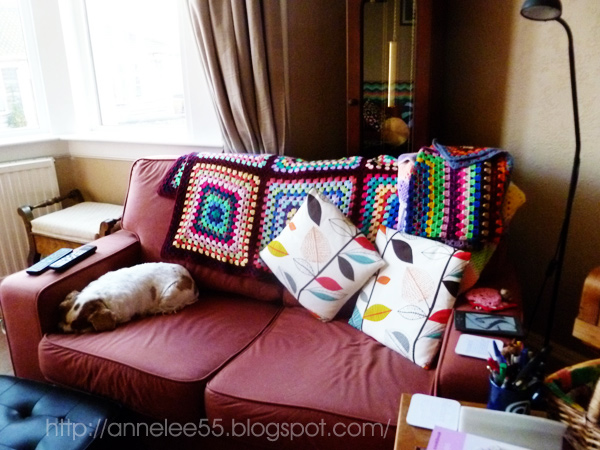 The best bit - apart from them looking fab - is that I used 3 pieces of my stash to make them. No buttons or zips were used as I made them with envelope backs.

Here are the sweetpeas which Douglas sewed last week. They're really growing quickly. I swear, if you stood watching them, you'd see them growing! Roll on the summer when they bloom and I can cut them and bring them into the house. 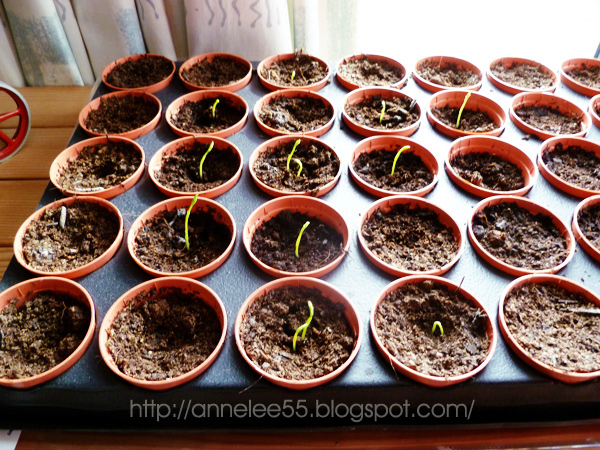 If I'm not around here much in the next 2 weeks, it's because I'm entertaining Debbie and Jason ... or more likely snoozing on the couch like Rosie because I'm exhausted from the entertaining! :oD