I worked it out!!

Way back in February, I showed off some hexagons which were the start of a blankie for Jo. 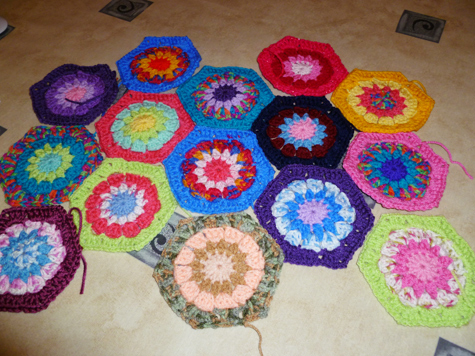 Well, I've been plodding on with the hexies and yesterday I counted them and had a pitiful grand total of 48 done.

I took the completed hexie blankie which I did last year off the couch to see how many hexies were in it. 81! 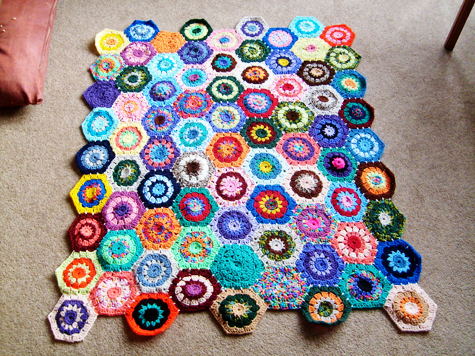 At the rate I was crocheting, it would take me a-g-e-s to get this one done. And, if I was getting a bit bored at 48 hexies, how bored would I be by the time I got to 81? Aaaaargh!!

Then I had a brainwave! Why not add just add these 48 to that blankie? It would make that blankie bigger. I wouldn't have to crochet 33 more. Jo would get her blankie sooner rather than later. And I'd be able to start something new much more quickly!

So, I worked out that, if I made another 6 hexies so that I had 54 new ones, I could add 6 more rows to the blankie - a decent size for a blankie. It could go over a couch or on the end of a bed or even be a picnic blankie if Jo felt the urge! Great idea!

Then I wondered if I'd be able to work out a pattern for half hexagons so I could fill in those gaps on the ends. I'm not bothered about the sides - they'll just stay as they are but half hexies for the ends? Surely I could manage to make those.

So I tried making one with 6 spokes instead of 12 but that just didn't work. I can't show a photo of it as I ripped it out before I thought of it!

Next, instead of trying it in practice, I decided to try it in theory first of all. I drew on a card, what I thought it should look like - starting from the outside "round" and working my way inwards. 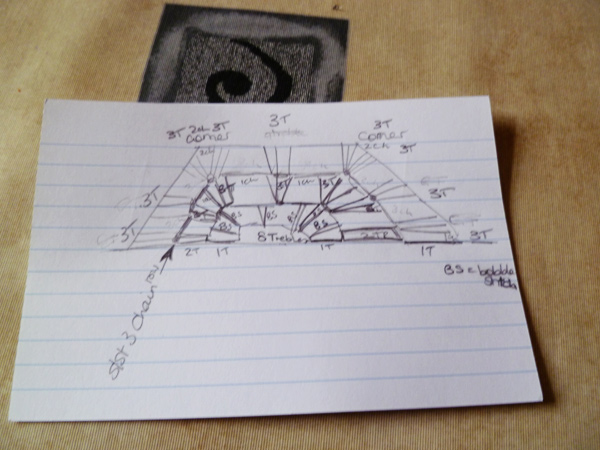 Then I wrote out the bare basics of what the pattern would be: 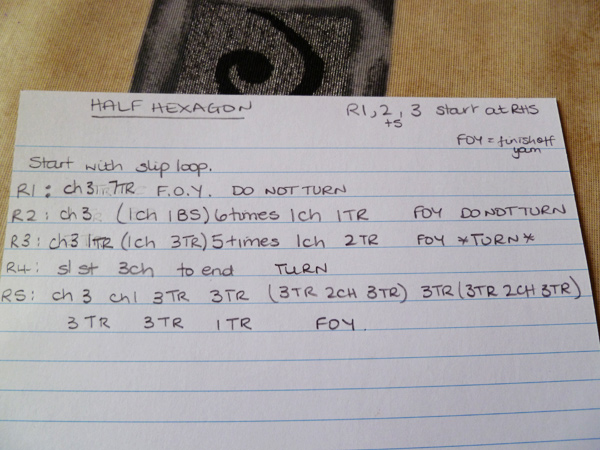 Then I tried it in practice: 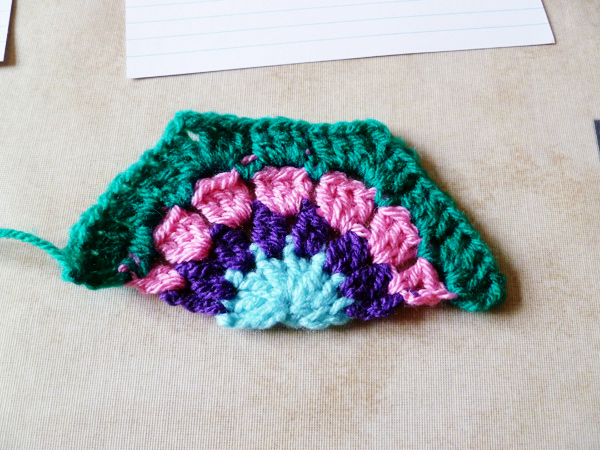 Not perfect but not far off.

So I added a few more detailed instructions on to my pattern: 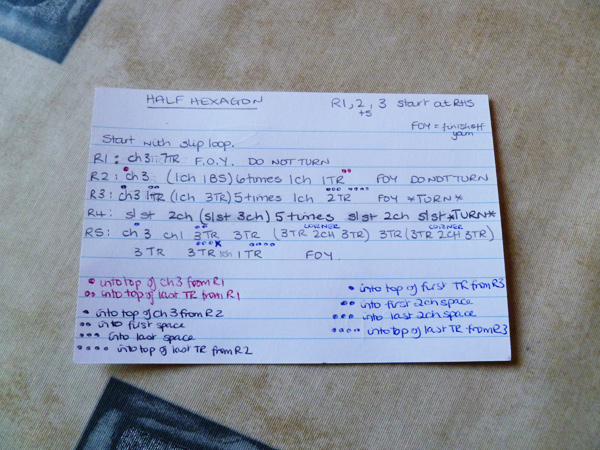 And did a couple more to see if they worked better. Yep. The bottom two in this photo are a much better fit. 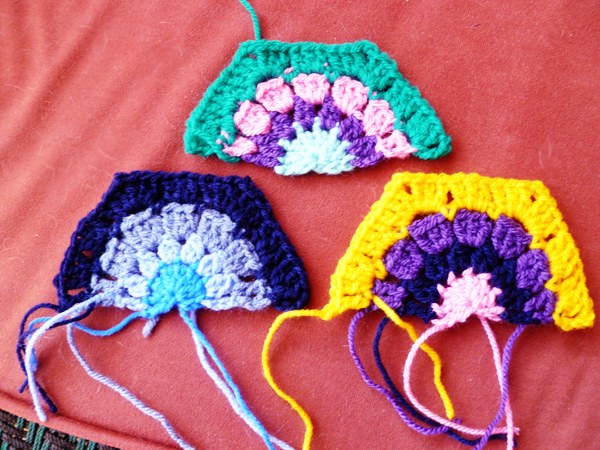 Now, I'm sure I could have searched online for a pattern for half hexies but I wanted it to be half of the hexie I was making - not some other hexie in a different pattern - so that's why I spent all that time and energy working it out for myself.

I only have 9 to make for this blankie - and a heckuva lot of ends to sew in on them - but I am so proud that I managed to work it out. Go me! :oD