This post isn't meant to be a tutorial for how to make mitred corners - it's meant as a reminder to me how I did it. Just in case I forget!

I had searched on various blogs and watched several videos on how to make mitred corners and people would post/say stuff like "this makes the most beautiful mitred corners ever". Oh yeah? Not when I tried it! (And why would you use black fabric and black thread to demonstrate anything? It doesn't show up in your photos/videos! :oP)

Anyway, I decided to try and figure it out myself and, in the words of a favourite fairy tale of the girls when they were wee - "so she did!".

Here are the photos I took as I tried my method. As I said, they're a reminder to me but, if they're any use to anyone else out there, all the better. At least I didn't use black fabric! LOL

Sew to ¼" of the corner, do a few reverse stitches and fasten off. 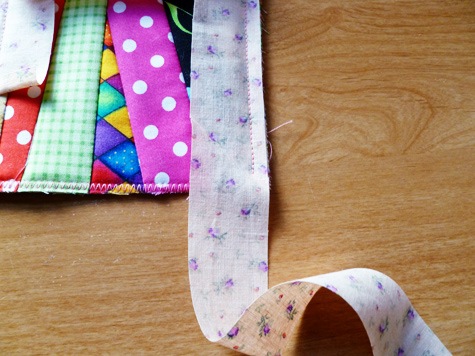 Fold binding over so that the bottom edge of it is in line with the next edge waiting to be bound. The fold should be a 45º angle. 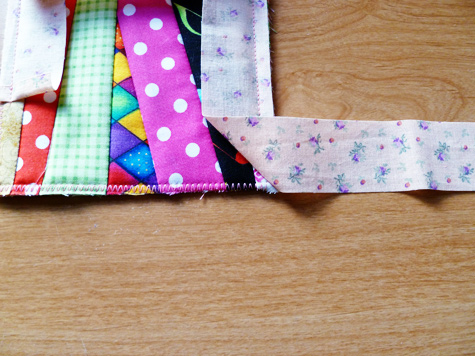 Fold the binding back on itself so that the fold is in line with the edge you've just bound. 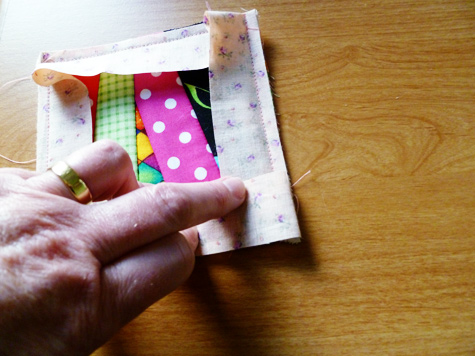 Stitch from that folded edge (which is right on the edge) to ¼" from the next corner and repeat the same process.

When you turn your binding to the back, this is what the front corner will look like. (Ignore the towel in the background - it's waiting to be turned into some cloths.) 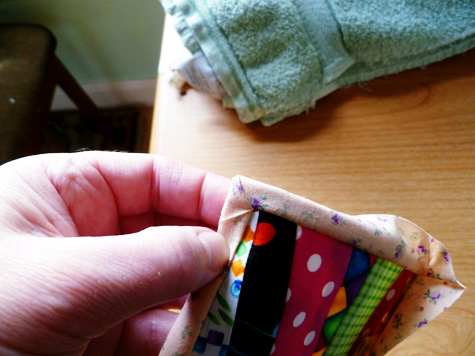 On the back, pin the binding down and make as neat a mitre as possible on the back. I found, if I held a pin right in the corner, it helped make the mitre nice and tidy. 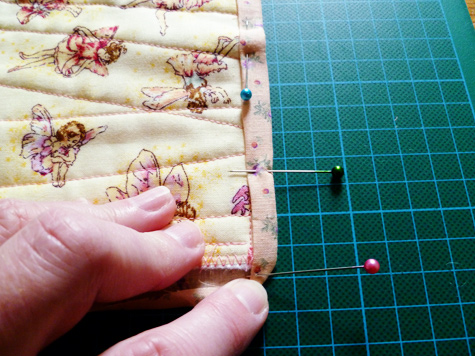 The pinned mitre on the back. 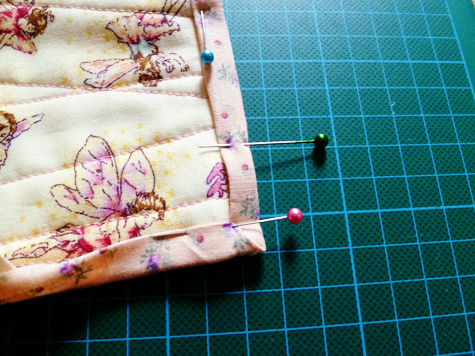 Stitch the binding down with tiny stitches. (As usual, there's a stray thread!) 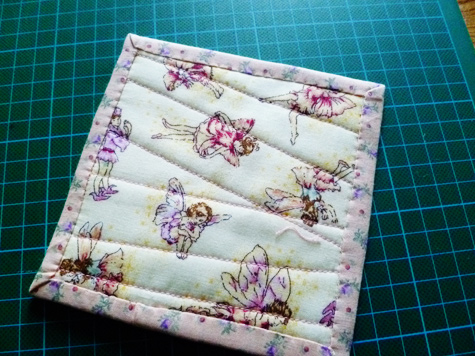 And the top side. Not bad for a first attempt. I've since done another couple of these coasters and the corners on those are a good bit tidier than the ones shown here. But, all in all, I'm really pleased that I figured it out.

Now I've got something to remind me how I did it. But what if I don't remember that I blogged about it? :oD