teeny tiny and other things

I was fascinated last week by this small purse tutorial on the stash manicure blog so I decided I would give it a go.

This is what I ended up with: (sorry about the yellow cast on the photos. The sun was actually too bright!) 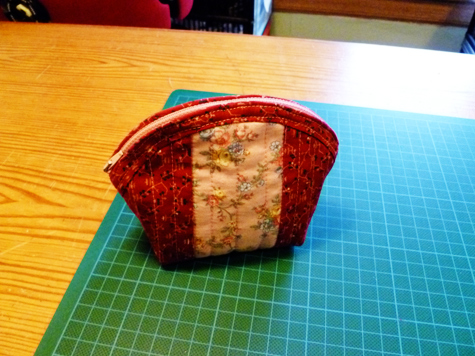 Now I know the tutorial says it's a "small purse" but it's actually teeny tiny. Here it is with me holding it - I don't have huge hands! LOL 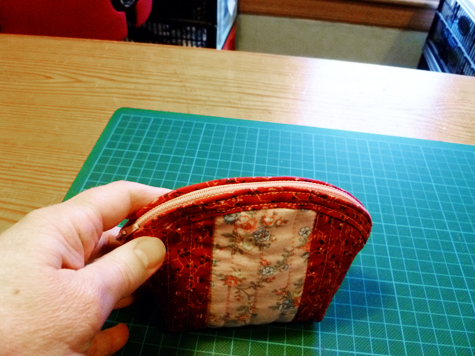 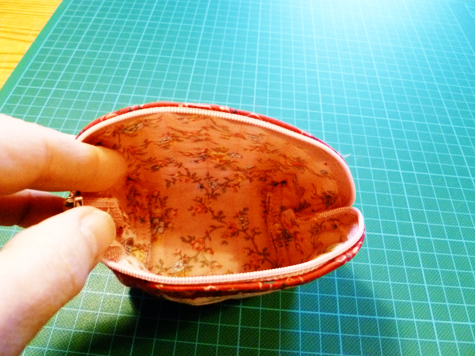 I do love it but it's just a smidge too small to do anything with so I decided to increase the width measurements and see what I came up with. 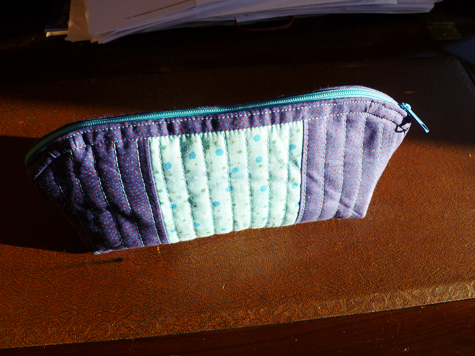 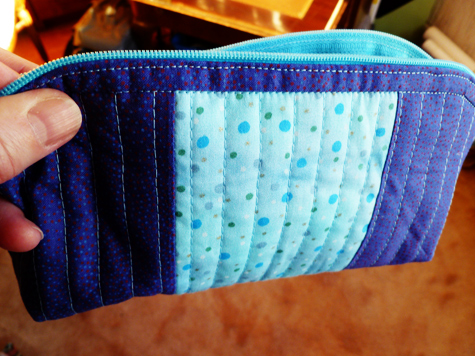 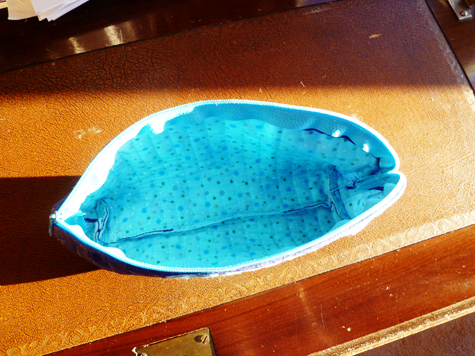 As can be seen in the third photo, I had to cut a seam along the bottom of this one because it was *impossible* to get that zip sewn in otherwise. To be honest,I'd had a bit of bother with the zip in the teeny tiny version as well and I'm not scared of zips so it wasn't me being dopey! It was just really awkward trying to get it sewn in.

Anyway, I like this one too but, to be honest, it was a bit too finicky to make and I probably won't make another one for a while.

Whilst I had the camera out, I thought I'd take a photo of my incredibly tidy piles of material! I'm almost scared to touch them they look so good! LOL 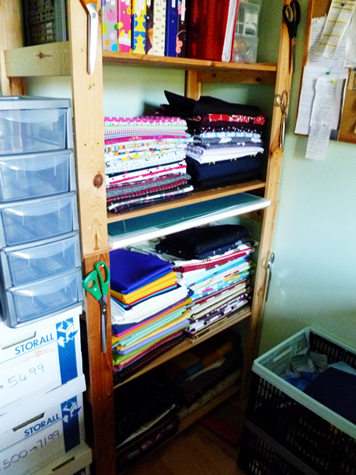 And here's another photo that my camera made me take. (Remember the one it made me take back in this post? Scroll down.) This is what was showing when I switched the camera on to load the photos on to the computer. 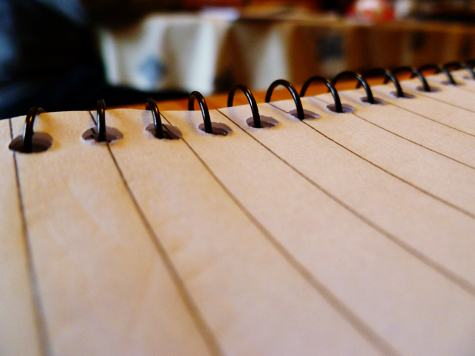 My camera is really good at seeing interesting things to photograph! :oD