I made banana loaf the other day and actually remembered to take a photo of it for the day I eventually get everything photographed to put in my recipe books.

I actually took 2 photos of it but neither really do it justice. This one makes the top look crusty and scrumptious - which it is! 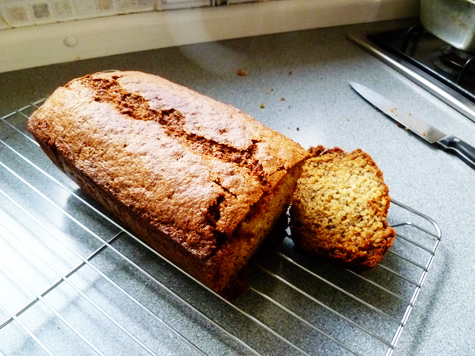 And this one shows the inside of the loaf but I think it makes it look dry - which it isn't at all. In fact, it's really, really moist. 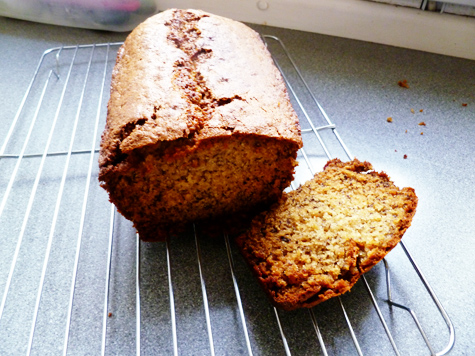 I might just have to take more (better) photos of it next time I make it!

160ºC fan oven (according to wikipedia, a fan oven is also called a convection oven)

Cream the butter & sugar until light & fluffy then beat in the eggs & bananas. Sift the flour & baking powder together and stir the bicarb into the hot milk. Fold both into the mixture.

Put the mixture into a 2lb loaf tin and bake in the centre of the oven for about 50 mins until well risen and golden brown. Turn out and leave to cool on a wire rack with the paper removed.