our tree, 2 dex and some pinnies

I took this photo of our tree on Monday and then forgot to post it! 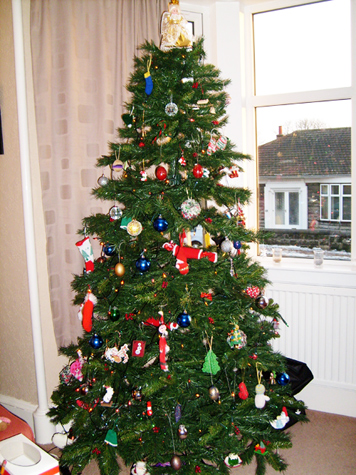 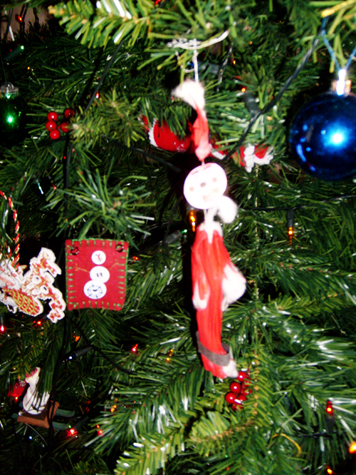 And, because you can't show one ugly decoration without the other, here's one that Debbie made at primary school. Again ugly and falling to bits but it's sitting right in front of the telly in the dining room so, again, front and centre! 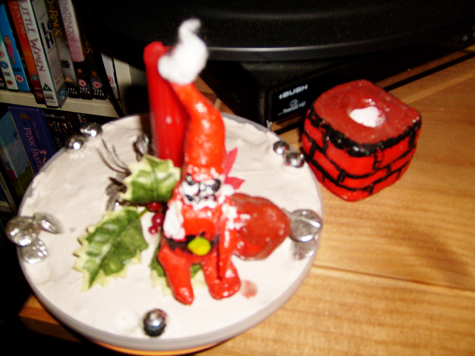 And now here are some Christmas pinnies (aprons) I've been making. I've had some of this Christmas material for over 20 years - it was flitted to Inverness in 1989 and back here in 2000! - so it's about time it got used!

I made all the pinnies double-sided - makes for thicker pinnies and uses up more fabric from my piles! 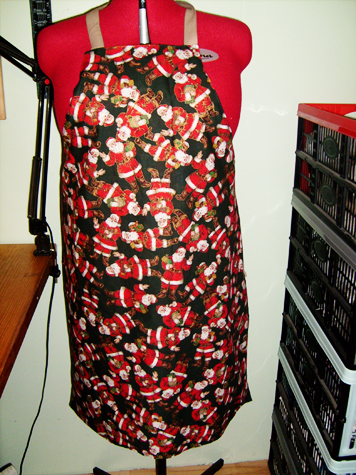 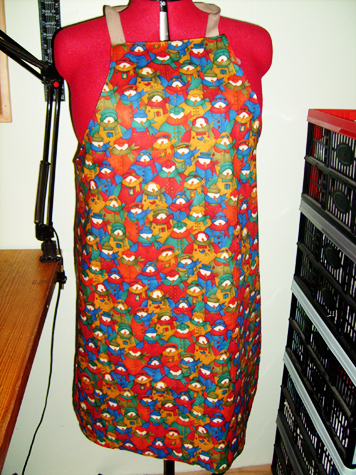 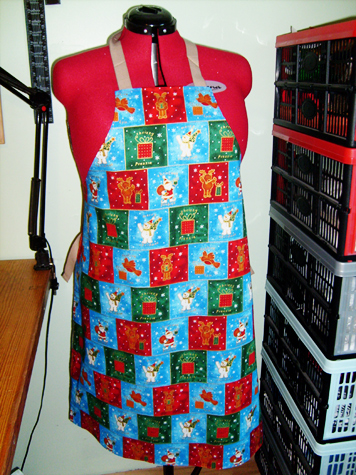 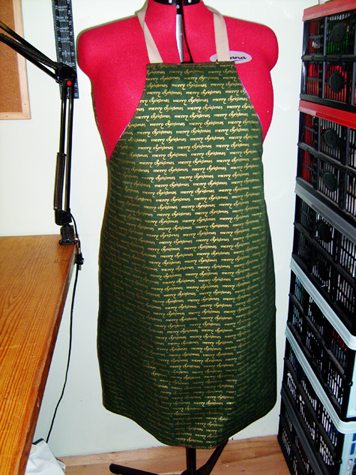 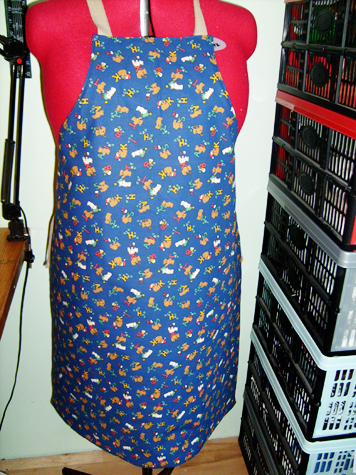 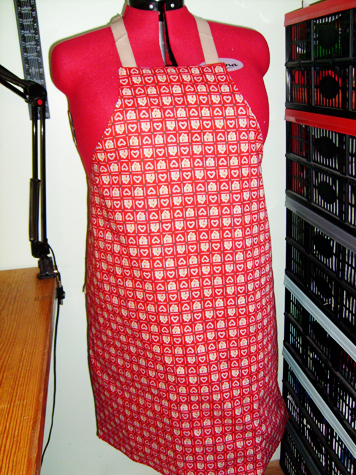 That's a lot of material - but there's still plenty more where that came from! :oD

I'm hoping to get some oven gloves made with some of the off-cuts but I might not get them done in time for this year because I also have some dress-making that I want to do. We'll just wait and see how it all works out. :o)

Oh, and another photo! Between putting the pinnies on Diana the dummy, I rested my camera on my cutting out table. I just so happened to look at what it was seeing and thought it made a really cool photo. It's my pincushion! :o) 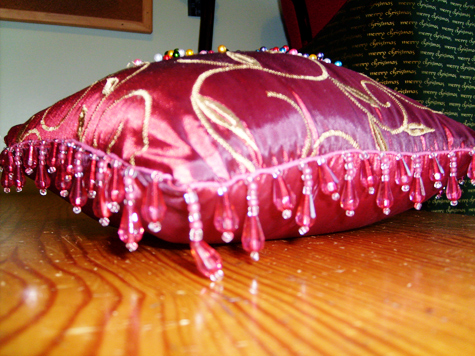