Last December when I was out blog-hopping, I read Anna's post about all the goodies she'd made for Christmas and was intrigued by the biscuits with the words on them. Anna had linked to the German Amazon site for the printer kit and I had bookmarked it at the time with the thought of coming back and getting it or seeing if amazon UK might get it in.

I found the link again this week and decided I wanted to have a go at that type of biscuit. Unfortunately, Amazon UK didn't have the kit and the postage from the German site was a bit off-putting so I thought I might have to give up the idea.

But then I wondered if it would work with a child's printing kit - obviously one that hadn't been used with ink. So, on to Amazon UK again and ordered myself this kit.

I tried it out this afternoon with these words: 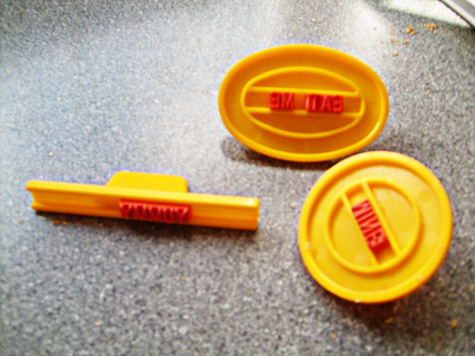 This is how the biscuits looked before I baked them. 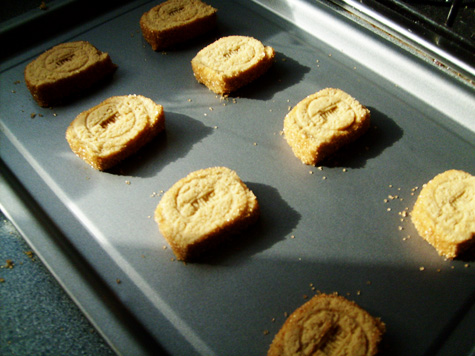 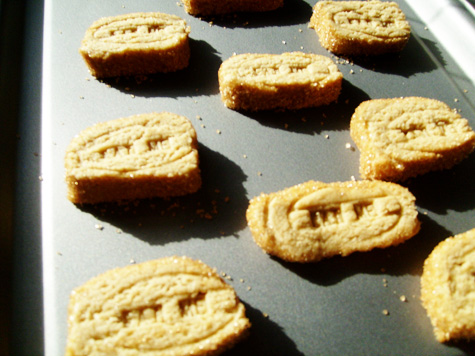 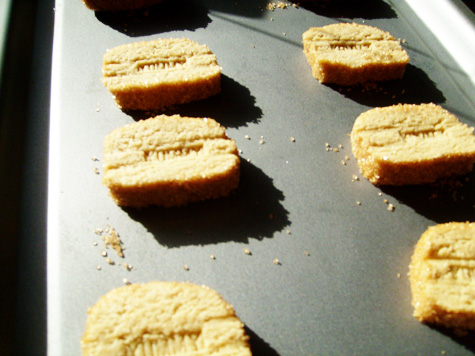 And how they looked after they came out of the oven - 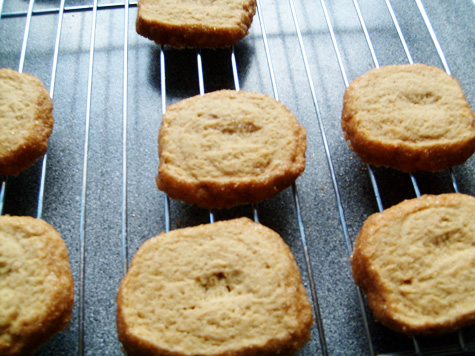 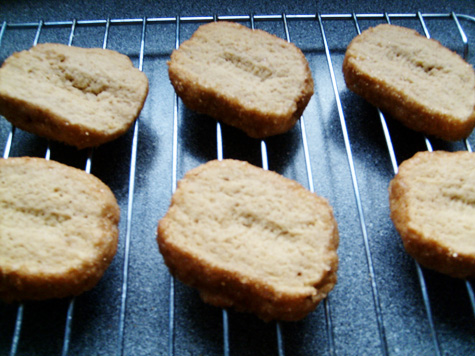 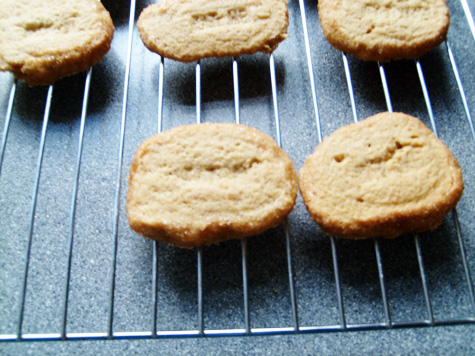 I'm not disheartened though. I'll just try again with a recipe where the biscuits are rolled out and cut rather than rolled up in a sausage shape and cut with a knife.

And, even though it's not clear the biscuits say "mine", "eat me" and "yummy" - they are, I will eat them and they are yummy! :oD