Walter's in my purse!

I got a lovely card holder for my Christmas and, when I transferred my cards into it from my purse, my purse then became a bit of a problem. It was so used to having all those cards in it that it was way too big for only carrying the little cash I keep on me without it falling out.

I decided I needed a new one and searched the shops - and even looked online - for a purse that only held coins and notes with no spaces for cards. There were a few but none exactly as I wanted.

So I decided I would make my own. After a lot of thought about what I would like, I realised it was the same layout as my old purse but just slightly smaller so the coins wouldn't fall out and with no card spaces.

I drew plans and wrote down measurements and set to yesterday afternoon and made this - photos are a wee bitty fuzzy - sorry about that! 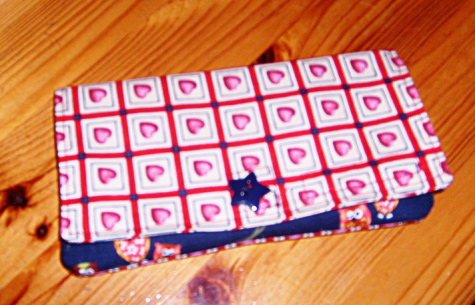 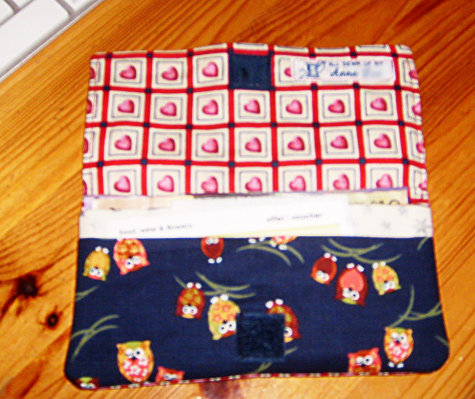 Where the money fits: 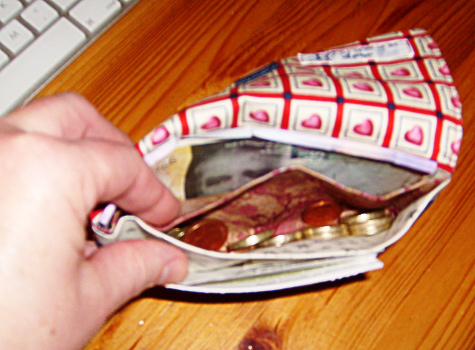 It's not perfect by any means - some of the notes are folding over when the purse is shut so it needs to be a wee bit bigger and more care will need to be taken to make sure the fabric doesn't have a right way/wrong way up - but, for my first attempt, I was really pleased with it.

Who, you might be wondering is Walter? See the face in the third photo? That's Sir Walter Scott whose face appears on the Bank of Scotland £10 note. I bet that doesn't last long - the note, not Walter's face! :oD