Yesterday we were at Vicky and Stevie's wedding. The weather - after so many awful days - was glorious. It wasn't that hot but it's October after all! At least it was dry and the wind had dropped considerably from the day before!

Here are just some of the photos I took. I've still to see the ones Douglas and Jo took so I might add more in another post when I see them. :o)

Signing the register. This made me giggle because it looks like Vicky is asking Stevie if he remembers how to use a pen! Knowing Vicky, she may well have been saying that! :oD 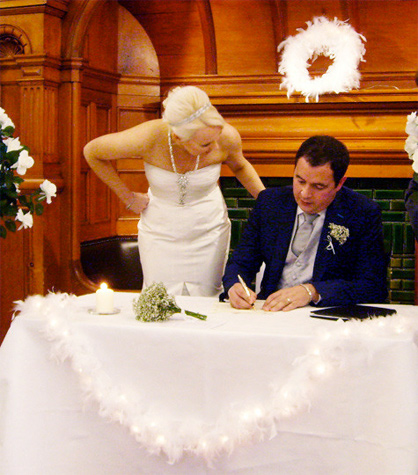 The back of Vicky's dress. 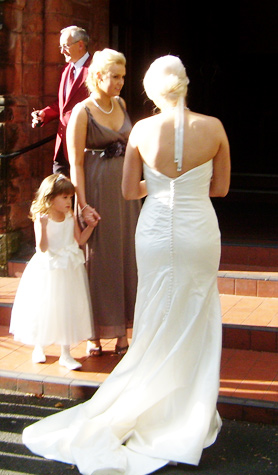 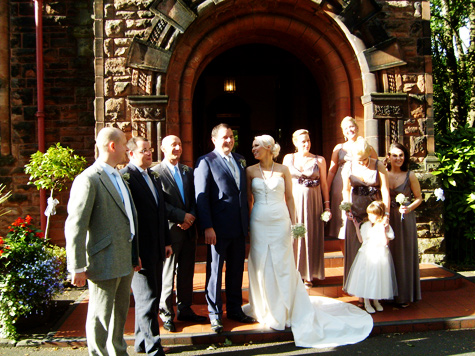 The bride and her bridesmaids. 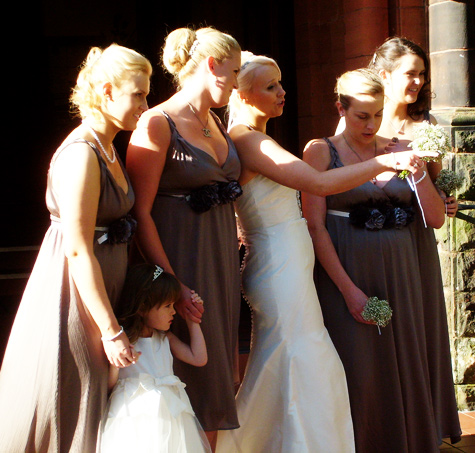 Linda and her girls. As we commented to each other later, we do breed beautiful girls! :o) 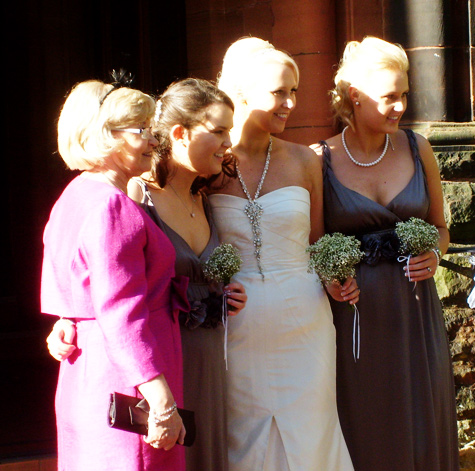 The sisters and the cousin - of the bride! 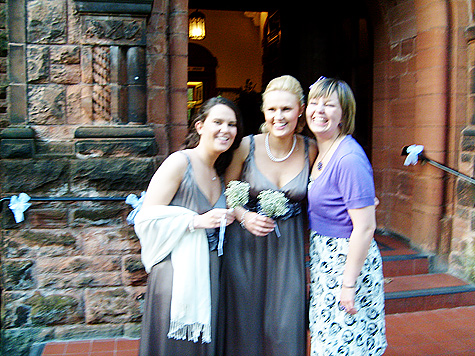 The bride and groom with Ruby. Her collar - Ruby's! - had her name on it in diamonds. Of course they were real!! :oD 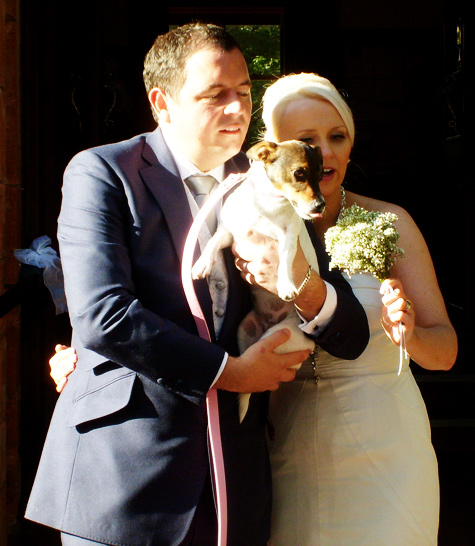 Douglas took these 2 with his iPhone. Not too shabby! 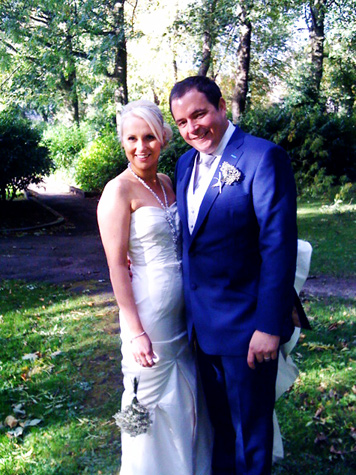 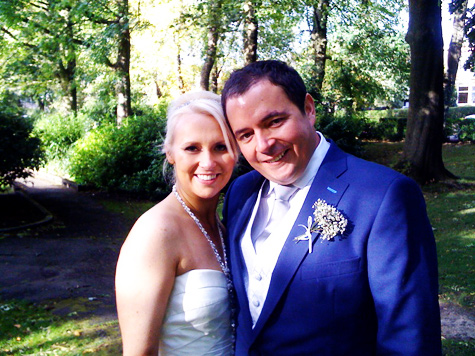 Congratulations again, Vicky and Stevie. May you have a long and happy life together! :o)