I don't know if you can see it very clearly but our neighbours on the right as you look at this photo, cut their hedge down last weekend to half the height it used to be. I'm sure it was done to let more light into their garden but it's had the same effect on ours. Well, maybe not letting light in but it does feel less hemmed in out there, if that makes any sense! 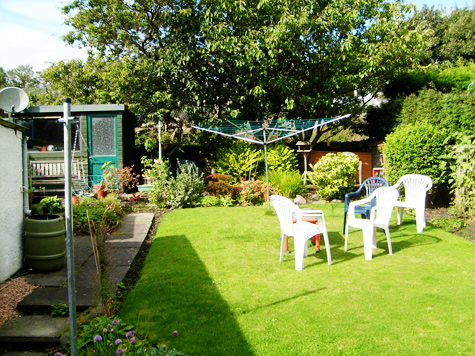 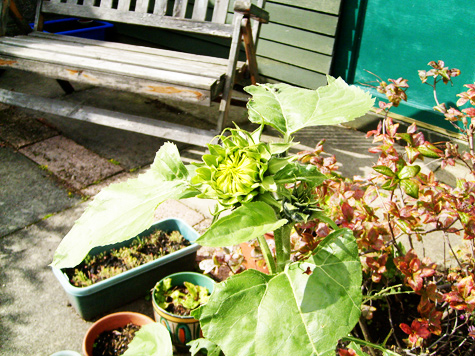 Hopefully, it will be in flower soon.

By the way, I did say it was a brief dry spell, didn't I? It's now all of 5 minutes since I took those photos and it's pouring rain again! *sigh*

Labels: from the back door